Defi-Gamefi Answers The Question - What Is Gamefi, A Blockchain-Powered Gaming Marketplace?

Defi-Gamefi.com, a website that advises players on exciting new ways to make money via gaming in the metaverse, has published an article and companion YouTube video that talks about GameFi, a new video game marketplace that combines the power of blockchain technology with digital games.

The blockchain, a technology that uses a trust-based system to record every transaction on a public ledger, has proven to be exceedingly useful in a wide variety of industries and technological domains. Cryptocurrencies are built on the top of blockchain technology and the pace at which they have been adopted across the world is a testament to the blockchain’s staying power. Gaming has also not been left untouched as innovative game developers are figuring out new ways to apply the functionality afforded by the blockchain to create brand new player experiences and to get them more invested in their games. Some salient examples of games that have successfully integrated blockchain-based technologies into their core gameplay and found a sizeable audience include Axie Infinity, Decentraland, Alien Worlds, Farmers World, and more. 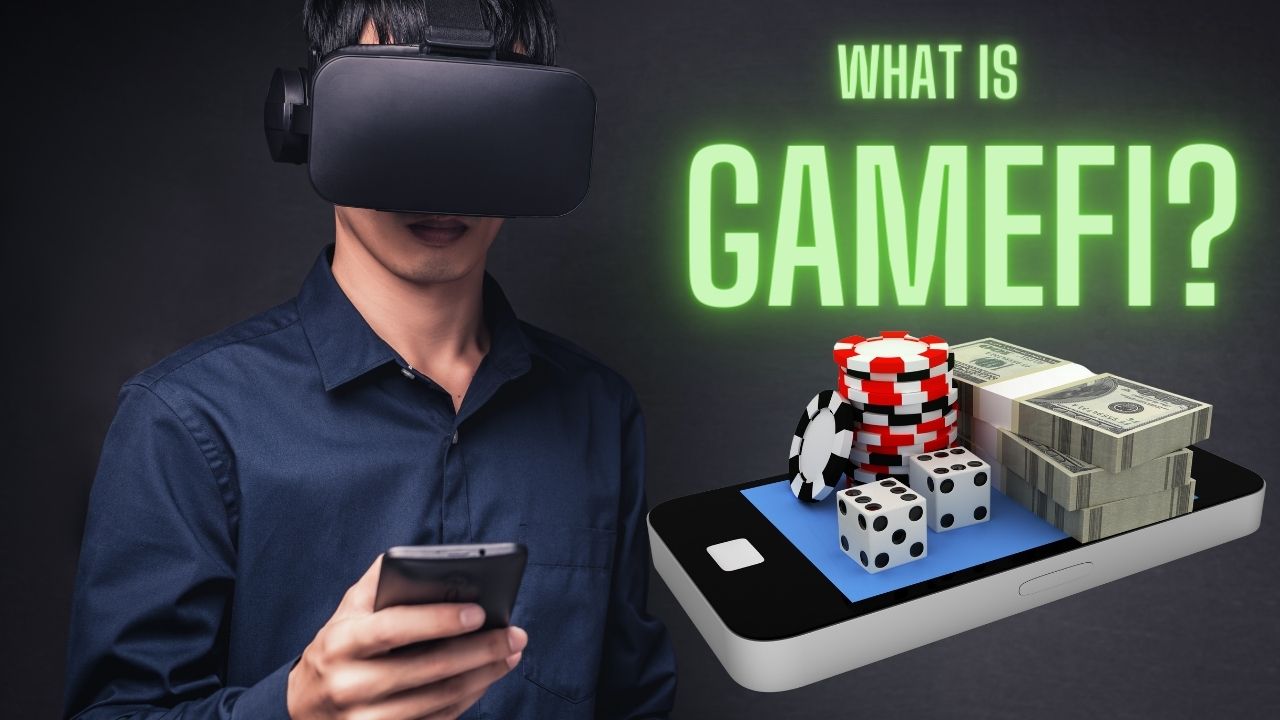 The article from Defi-Gamefi.com then highlights GameFi, a decentralized platform for the sale and distribution of digital games powered by blockchain technology that was founded in August 2021. The platform bills itself as “an all-in-one discovery gaming hub for games, guilds, and metaverses.” GameFi is powered by the Ethereum network, allowing it to support thousands of transactions per second. GameFi supports games in a wide variety of categories such as Strategy/Tactics, Role Playing/RPG, Sports, Mobile, PC Games, and Virtual Reality.

GameFi gives game developers a new way to earn money and increase their user base through the platform’s in-game cryptocurrency called GAFI. As of the time of writing, GAFI has a market cap of $32.2M. The article also briefly talks about the meaning behind the name “GameFi” which is derived from gamification, the art of shaping behavior through certain goals to drive engagement in an otherwise boring experience.

GameFi offers all the features that gamers have come to expect from a modern digital storefront such as searching for games, browsing through listings, browsing through games other users have added to their profiles, and buying the game directly from the developer. Other components of the GameFi ecosystem include GameFi Hub, a listing page of the industry’s most creative blockchain games, where players, investors, and traders can receive in-depth information about their game modes, game studios, whitepapers, tokenomics as well as planned IGO events, GameFi Marketplace, a destination for everyone to track and trade in-game items, boxes, and virtual lands from various collections of game finance projects that updates in real-time, and GameFi Earn a one-stop service allowing users to earn interest on crypto savings that offers different types of funds, including Flexible and Fixed pools with competitive interest rates.

GameFi also provides a “reward system” to incentivize the growth of the platform and encourage the adoption of the GAFI cryptocurrency. The reward system has three components – an activity rank that users earn by using the GameFi platform, a reward rate which is the percentage of the activity rank that they are allowed to earn each day, and a reward level that is based on the user’s personal preferences and is publicly available for other users to see and approve.

The article then talks in-depth about the pros and cons of the GameFi platform, offering an objective and unbiased overview of the advantages and disadvantages from the perspective of players who are considering using it. The GameFi platform is very enticing due to its high adoption amongst players, low transaction fees, ease of use, ease of refunds due to the blockchain’s public ledger, the wide selection of games on offer, and the active community that continually interacts and shares ideas. However, Raul Meza, the writer, also notes that the in-game token GAFI restricts the types of games available to users, points out that there are not many mobile games currently on the platform, and laments the lack of a referral program for earning GAFI.

For more information about Defi-gamefi.com, contact the company here: