E3Live Canada has recently published a blog post titled, “Everything You Need to Know About Blue Majik Spirulina.” The article explains that Blue Majik, which is also known as blue spirulina or spirulina powder, is a natural food coloring made from the dried biomass of the blue-green algae, Arthrospira platensis. This is a single-celled microorganism found in freshwater and belongs to a larger family known as cyanobacteria. While all plants contain chlorophyll, which provides them with a green color, Blue Majik has a high content of phycocyanin, which provides it with a blue-green hue. Phycocyanin is a pigment rich in antioxidants, which may provide detoxification, an improved immune system, and better cellular health.

The article in E3Live Canada’s website says, “Derived from spirulina algae that are naturally grown in freshwater lakes throughout North America, Blue Majik spirulina undergoes an extraction process to produce an ultra-high-quality powder. This form of algae contains several important nutrients, including vitamins A and K1, iron, magnesium, riboflavin, potassium, and manganese. It can be added to smoothies, juices, or other foods. Blue Majik by E3Live is a great source of protein, vitamins, minerals, and antioxidants. It has many health benefits, including improved energy levels, better digestion, and reduced inflammation.” 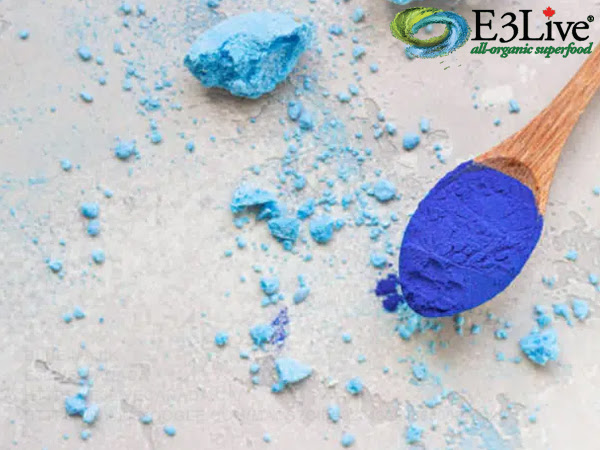 Aside from the large number of nutrients contained in Blue Majik spirulina, it also contains a significant amount of the antioxidant, phycocyanin. In addition to providing the algae with its signature blue color, phycocyanin has been noted not just to be beneficial for overall health but it may also help in improving memory and brain function and offer support for cardiovascular health.

Phycocyanin has been observed to speed up memory recall, boost memory formation, and enhance general cognitive function. In a study published in Phytotherapy Research, participants who took phycocyanin supplements were found to quickly recall information in contrast to those who took a placebo.

In a study published in Nutrition Research, it was observed that those who took Blue Majik spirulina supplements had reduced triglyceride levels, blood pressure, and less free radicals in their blood in contrast to those who didn’t take them, indicating that it may enhance cardiovascular health.

Some studies have also noted that Blue Majik spirulina contains significant quantities of vitamin B12, which is a nutrient that may enhance protein synthesis, speed up metabolism, support hormone balance including thyroid function, improve red blood cell production, and keep a strong and functioning nervous system. And because it may provide more energy, it has become popular among athletes as it contains other vitamins and minerals, such as vitamin K, iron, magnesium, and other nutrients that may help enhance physical performance.

Blue Majik spirulina has also been noted to have anti-inflammatory benefits because of its antioxidants. This may prove to be extremely helpful for people with chronic illnesses, such as asthma or arthritis, and also for anyone who intends to remain healthy.

And finally, aside from its many health benefits, Blue Majik spirulina is gaining in popularity as a natural coloring for foods and drinks. This is due to its vibrant hue and its ability to mix smoothly with any recipe without adding an objectionable flavor. Thus, it has become very much in demand as an alternative to artificial food dyes that are available on the market, especially for those who are searching for natural ingredients that can make their products bright and colorful.

Started in 1991, E3Live Canada has been providing natural organic health products. They are committed to offering only the best quality products and are therefore very selective and critical with regards to harvesting, filtering, testing, and producing all of their products. They are interested not just in meeting but in surpassing the quality and safety standards set for harvesting processes. Thus, they always follow strict Good Manufacturing Practices (GMPs) to maintain their Certified Organic status and Kosher certification.

Those who are interested in learning more about Blue Majik Spirulina and other organic living foods available through E3Live Canada can check out their website or contact them through email.

For more information about E3Live Canada, contact the company here: