Florida divorce lawyer Russell Knight releases a new article (https://divorceattorneynaplesfl.com/what-is-required-in-a-petition-for-modification-of-custody-in-naples-fl/) explaining the requirements for modification of custody in Naples, Florida. The lawyer explains that in order to modify an existing order that lays out the parenting time or custody of a child, the circumstances surrounding the petition must be taken into consideration. There are three possible circumstances: emergency modification, temporary modification, and modifying a final order.

“If the child may be subject to physical harm or may be suffering from some type of harm which cannot be resolved through the months-long process of filing and hearing a regular motion (such as a removal to another state where the child would be enrolled in a new school), an emergency motion may be filed. An emergency motion does not require that you notify the other side (you still should, if able),” says the Florida divorce lawyer. 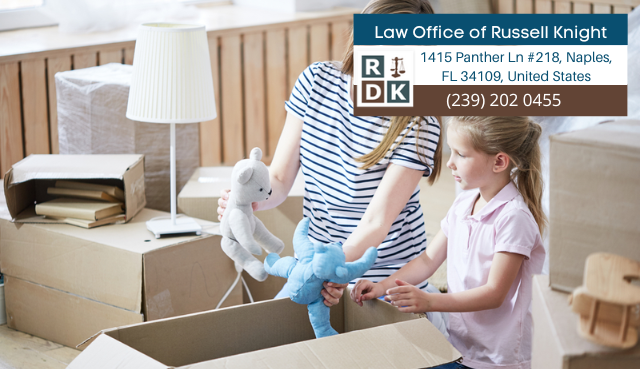 The lawyer explains that the first test of an emergency motion is whether the matter is, in fact, an emergency. The test will vary depending on the facts at hand and the judge. Once the matter is determined to be an emergency, the judge will make a decision based on the information that is present.

In the article, the lawyer says “One could imagine a court “splitting the baby” by allowing a temporary modification of custody when faced with a temporary substantial change in circumstances. For example, a temporary military deployment or job transfer of one parent. It’s not clear how this would be different than a permanent order that just included a trigger of when it could be modified next.”

Lastly, the Florida divorce lawyer emphasizes the importance of having a skilled lawyer when it comes to matters such as alimony and asset division. Having an experienced attorney may be able to help the client understand their rights and responsibilities in the case.

About The Law Office of Russell Knight

The Law Office of Russell Knight was established in 2009 by the divorce attorney Russell D. Knight. The lawyer’s love for family law is demonstrated by the numerous articles personally written by the lawyer. Russell is a licensed lawyer throughout Florida and Illinois. The attorney has a legal practice in both states and employs an entire staff of paralegals and attorneys in the two states of Chicago, Illinois, and Naples, Florida. Contact them today at (239) 202-0455.