WaxDynasty, a website that reports on developments and information in blockchain and related industries, recently reported on how cryptocurrency mining can be more environmentally friendly, and some news in the Green Bitcoin Mining space.

While cryptocurrency is a cutting edge technology that has received great interest globally, it has also drawn much criticism from environmental groups and others for the large amount of energy required to mine cryptocurrencies. In short, because crypto mining requires high powered computers, it uses a lot of electricity to keep those computers running while they sift through the internet for bitcoins. These computers produce a lot of heat while operating, and exposure to too much heat can be detrimental to their systems. For this reason, cryptocurrency mining processor farms require extensive cooling systems to keep the machines from overheating. Cooling, whether for air conditioning, refrigeration, or other purposes, is one of the most energy intensive processes used in buildings, so the combination of energy needs for the computers and the energy needed to keep the computers cool leads to quite large energy expenditure. When that energy comes from fossil fuels, it can be very bad for the environment. 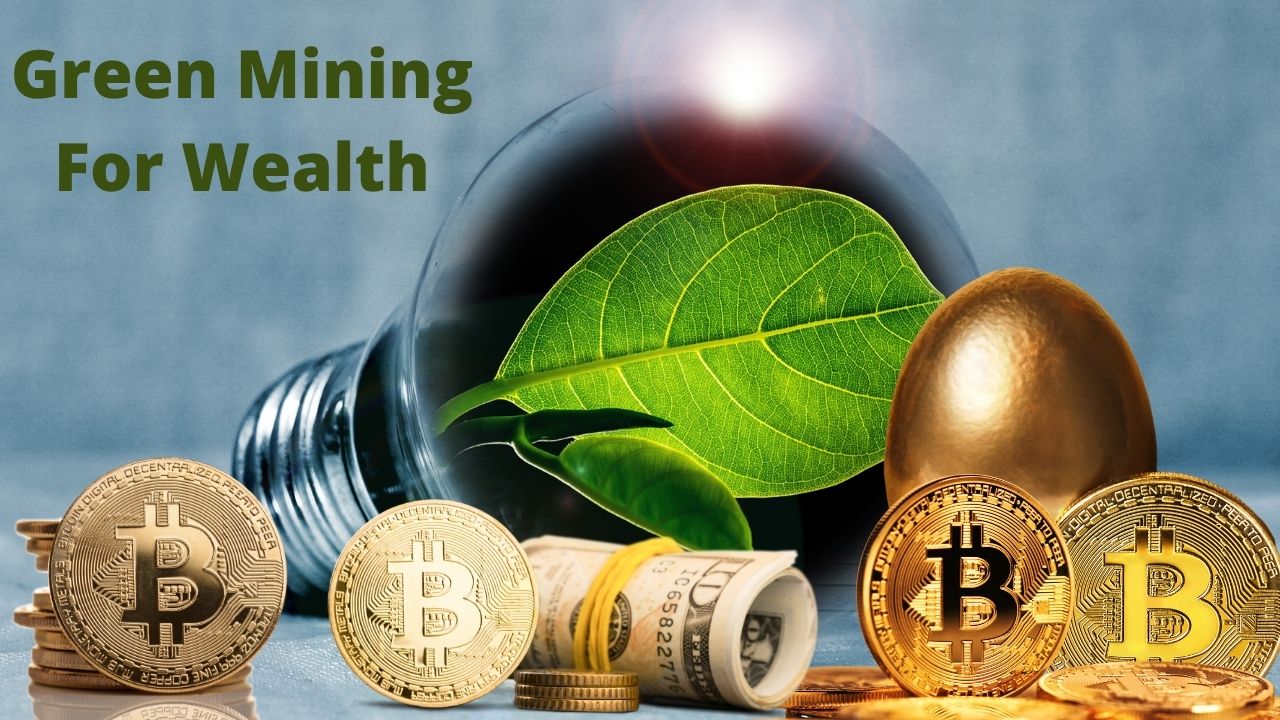 Thankfully, a number of people who are interested in both the blockchain and protecting the environment have been working on finding ways to reduce the environmental footprint of cryptocurrency mining, as WaxDynasty reports in their recent article, which can be found here: https://waxdynasty.com/sustainable-crypto-mining-aligns-with-defi-tokenomics-and-a-hashrate-of-702th-s-to-create-green-profit/ A group calling themselves Miners DeFi has created a collective of eco-concious fintech community members supporting Bitcoin mining that uses 100% clean energy. The collective has partnered with Cyberian Mine, a German company with a Russian subsidiary that runs and maintains cryptocurrency mining rigs in Siberia, the cold northern region of Russia, using hydropower from dams in the Angara River. The cold climate of Siberia significantly reduces the cooling costs for their Bitcoin mining operations, and the electricity they do use is cheap and free from fossil fuels, so their bitcoin mining has a significantly lower environmental impact than it might otherwise. The low energy use and costs additionally make the operating costs of Bitcoin mining much lower, which leaves a larger margin for profit.

The founder and CEO of Miners DeFi, Junior Theomou, is quoted in the WaxDynasty article as saying, “We created the collective to show the world that sustainable crypto mining is possible. Instead of criticizing the methodology used for mining, we’re on a mission to create solutions that leverage eco-friendly practices. Our focus is on creating a movement and a brighter future for crypto, while also enabling holders to benefit from the power of sustainable mining.” Shortly after officially launching on September 24, 2021, Miners DeFi had more than 1900 holders.

In their Bitcoin Mining Podcast, Wax Dynasty explains that cryptocurrency mining became popular in parts of Siberia in 2017, after the region had been hit particularly hard by Russia’s recession. Cyberian, which boasts all the advantages of Siberian cryptocurrency mining with all of the reliable stability of the European business world, has made a business out of operating Bitcoin mining operations in Siberia for investors worldwide. The company lets customers control their mining operations through a convenient dashboard, and also has a marketplace where customers can buy or sell their mining units at any time. Cyberian passes all of their operational cost savings on to their customers, without any middlemen taking some of the value for themselves.

With the disastrous effects of climate change being felt ever more intensely by people around the world, it is of utmost importance that we end our reliance on fossil fuels and find more sustainable ways to live our lives. By creating and encouraging strategically placed Bitcoin mining operations that use renewable energy sources, Cyberian and Miners DeFi are helping to align the interests of the cryptocurrency enthusiasts and the environmentalists. Readers who are interested in learning more about these products can read the full article on WaxDynasty’s website.

For more information about WaxDynasty.com, contact the company here: